A country full of surprises – South Africa I <3 you 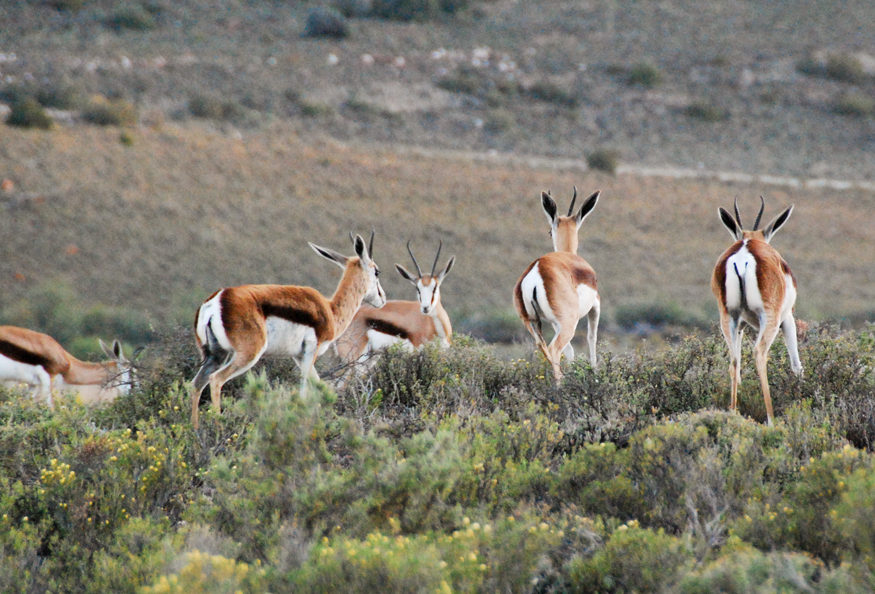 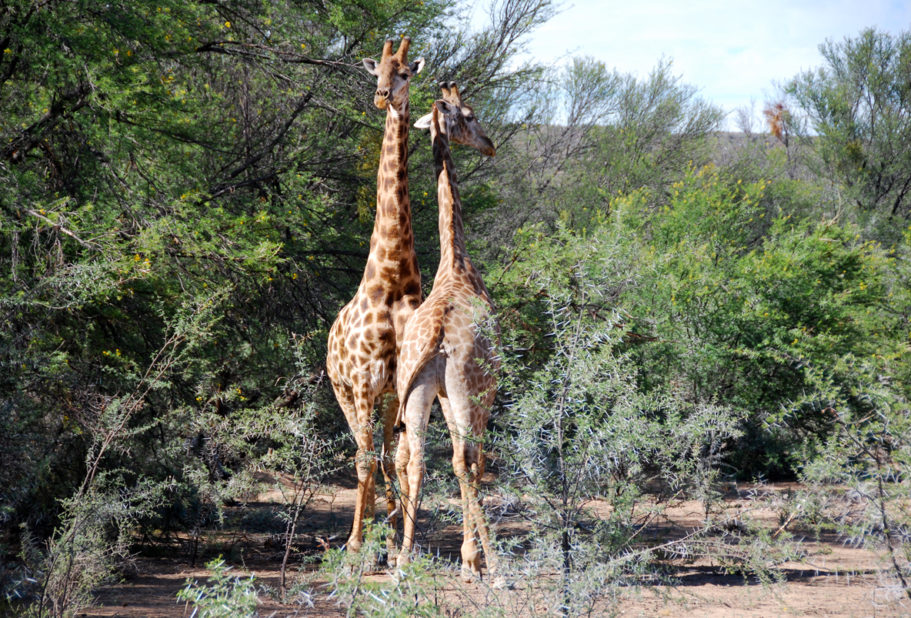 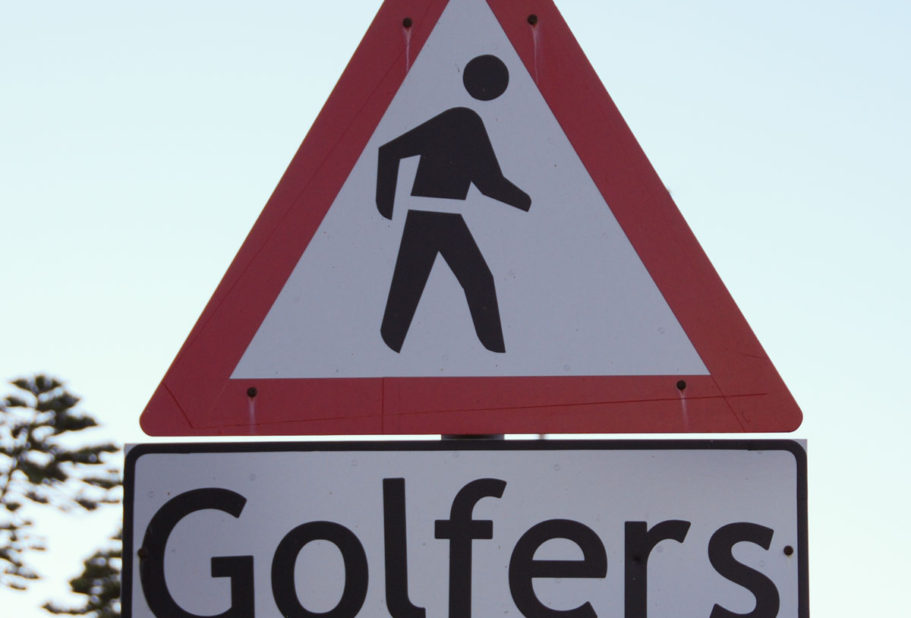 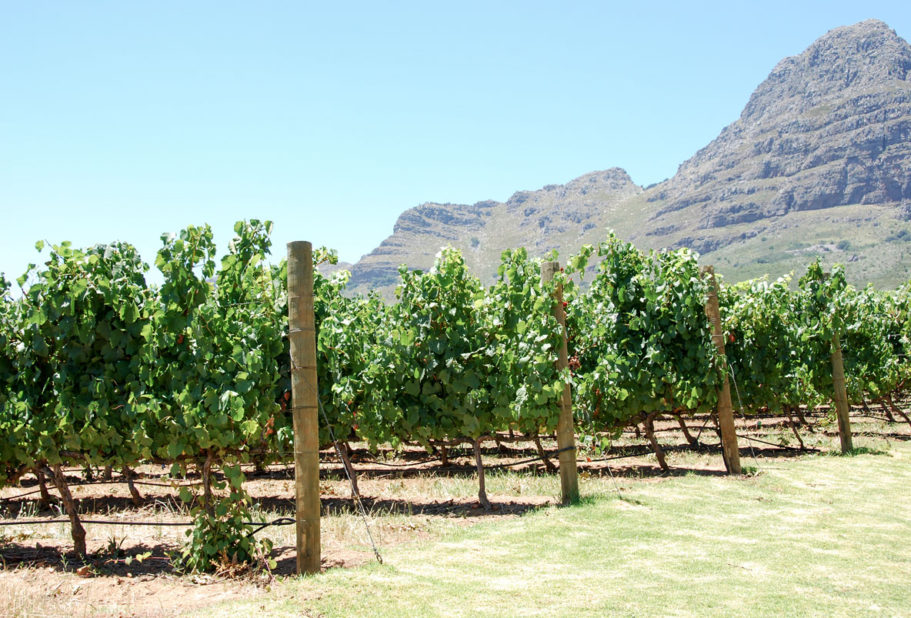 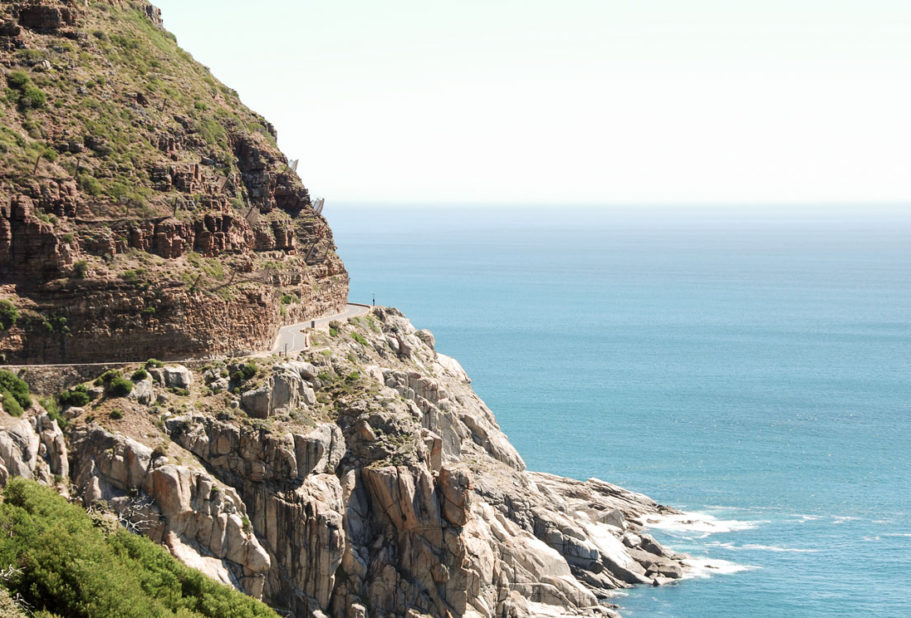 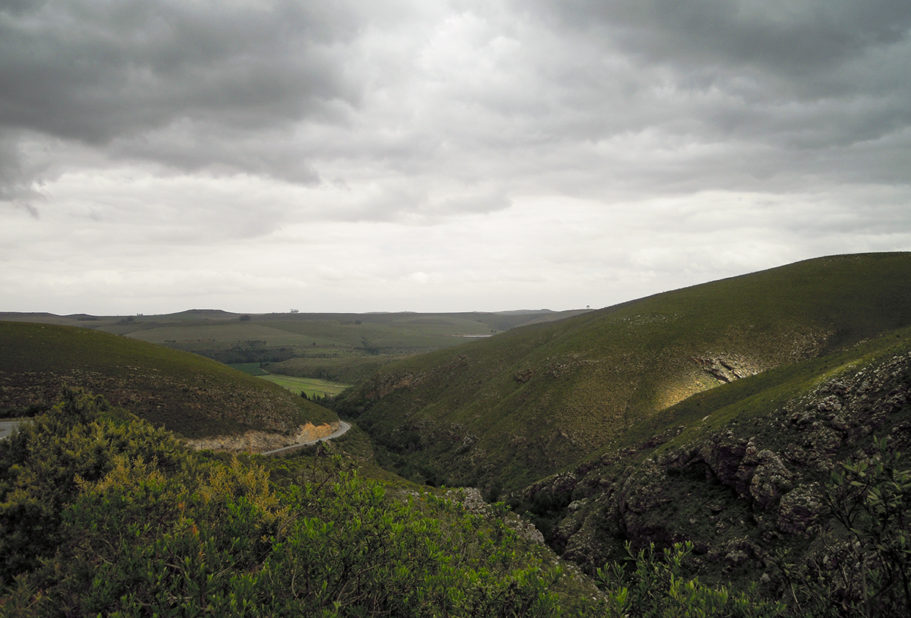 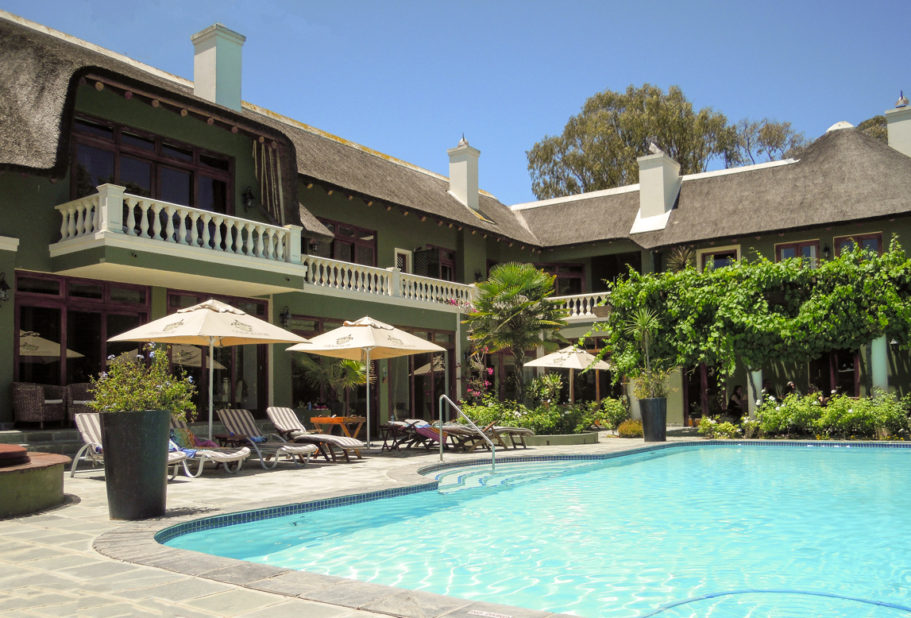 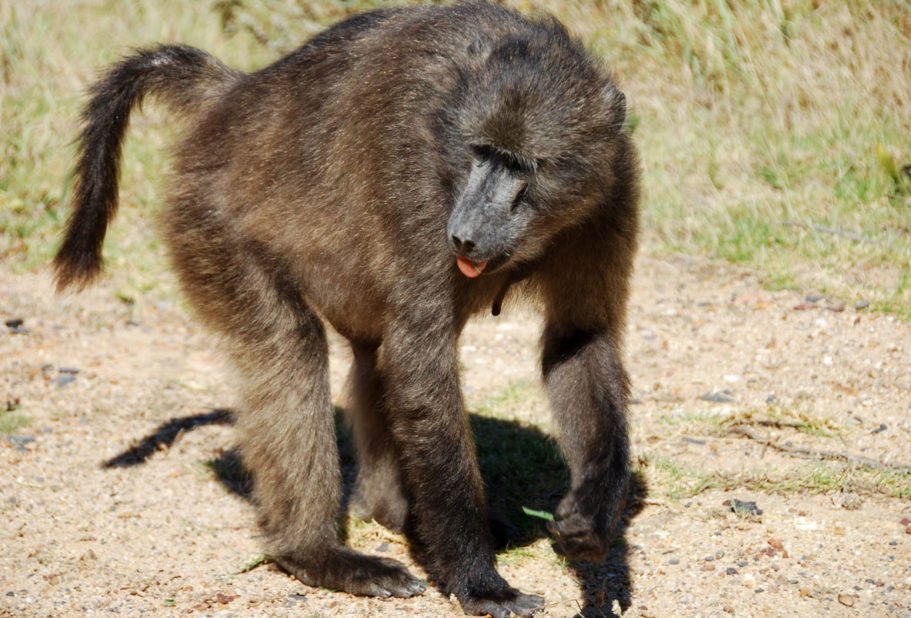 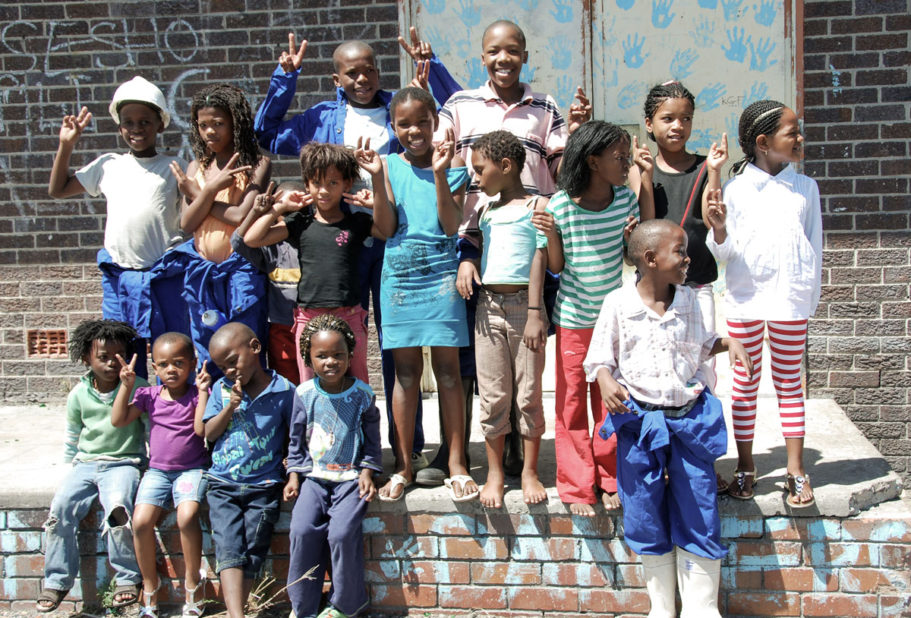 Everything is so easy with South Africa. It is easy to get there (that is, if you are residing in Europe), you don’t have to deal with the jet lag, the food is really good, the wine top notch and don’t get me started about the climate. Our friends who golf (we don’t) head for the Atlantic Beach Golf Club.

A great tip is to stay a couple of days in Cape Town, a couple of days in Stellenbosch or Franschhoek to visit the vineyards, one or two nights on a safari, and take a road trip along the coast or inland. For example, the route towards Port Elizabeth is really gorgeous.

For the great finale: stay a few days at a safari. We can recommend Sanbona, but of course, there are plenty of other great safaris in South Africa.

Make your booking well in advance (we made all the bookings one year ahead), especially if you are planning to celebrate the Christmas holidays and New Year’s Eve in South Africa.

We didn’t exchange that much money before leaving Sweden but used our credit cards in restaurants and in stores. You also have plenty of ATMs in malls and banks. You need to tip the hotel staff, guides, etc., so it is good to carry some cash with you.

Not to be missed when in South Africa:

Our friends rented an apartment in Muille Point close to Waterfront and they liked both the apartment and the area. It was close to everything and there were lots of good restaurants.

Areas like Clifton or Camp’s Bay are also very popular, especially if you are into water activities. Most propably, Camps Bay is the most expensive residential area in Cape Town. A few of our friends rented a magnificant villa there recently via Cape Town Beach Villas.

Marly Hotel in Camp’s Bay will not disappoint you if you prefer to stay in a hotel.

You will find the nicest restaurants and bars in Waterfront, Waterkant, Camps Bay, City Bowl and Long Street.

To do in Cape Town

A must if you are in Cape Town. A hike to the top will take around two hours but would you not be up for it you can take the cable car and enjoy the scenery over Cape Town (not recommended for those suffering from a fear of heights, though). A fast ride down? Easy as pie.

A World Heritage Site and it’s prison where Nelson Mandela was imprisoned for many years.

A boutique hotel with not too shabby interior design and beautiful views over Cape Town.

We stayed at Ridgemor Villa which is located in Somerset West approximately 25 kilometers outside Cape Town. It is a beautiful villa with seven rooms and shared living spaces and an honesty bar filled with all kinds of stuff.

The ambience is personal, familiar, cosy and the staff is helpful.

We were happy with everything and I can recommend the Ridgemor Villa if you’d like to stay outside Cape Town. However, there is nothing else there – if you want to have dinner, go shopping or do anything else you have to take the car or taxi.

According to many the most beautiful town in South Africa. Undisputed, though, is that there are plenty of award winning restarants and vineyards around Franschoek. Rent a driver for the wine tasting, or try a so called Wine Tram and you will be able to hop on and off when ever you feel like it.

It would be dreamy to stay a couple of nights at La Residence, perhaps in room nr 11 which is Sir Elton John’s favorite, but in case of no vacancy you just might want to spend the evening having a romantic dinner at La Residence’s restaurant.

Charming town in the renown wine district Bottelary Valley. Stellenbosch is also known for its diamond shops, you might want to visit Daneel Diamond Manufacturors, like I did.

Tokara is a large vineyard which apart from the wine production also makes its own olive oil and exhibits works by local artists.

If you have time, try their restaurant which is well worth having a lunch at.

Uva Mira lies at c. 600 meters altitude on the slopes of Heidelberg. Uva Mira grows grapes like Chardonnay, Shirat, Merlot, Cabernet Savignon, and Cabernet Blanc. Their wines have won prestigious awards like “Best South African Wine Producers of the Year” and “The Best Chardonnay of the World”.

This vineyard is less commercial than Tokara and has more personal touch which I did like a lot.

Langa Township is Cape Town’s oldest and largest township and was established in the middle of 1920s, ie. before apartheid. At that time, Langa was primarily a place where men coming to Cape Town looking for work stayed.

Gradually, even the wives and children moved in – there were more and more sheds and the town grew.

Langa was a center for the black resistance movement during apartheid.

The population of Langa is quite homogenous and belongs to the ethnic group xhosa. Xhosa is one of the official languages of South Africa and is characterized by the undescribable clicking sound.

The guided walking tour gives you an insight into how it actually is to live in a township. You walk around and see how the buildings, hair salons, churches and shops form a well-functioning society. You also get to see inside the people’s houses, have a beer at a shebeen (well… you have to try this yourself! Keep reading!), visit Guga S’Thebe Cultural Centre, see a dance performance called gumboot dancing performed by girls and boys wearing rubber boots.

After, you have lunch at a local restaurant.

This really is an experience that will change your perspective on life and an experience you will never forget.  Siviwe Tours is a company that is owned by the people living in Langa and all the earnings will go to building up and developing the society.

The guide tells me: Integrate, take photos, be curious, tell the others what you you have seen here in Langa. This is what I saw:

Our guide calls this part of town the Beverly Hills of Langa. It is not only the poor who choose to build a house in townships but many a well-educated xhosa chooses to live in Langa because they are free to practice their traditions and cultural customs here, including passage rites, animal sacrifices and other ceremonies.

Only a fraction of the inhabitants of Langa have formal employment. Many work in the informal sector, selling fruit and vegetables on the street, for example.

The locals are in favor of the increased tourism in townships and are happy to cooperate with the organized guides since a visit, like here above, means that they can eat well that day. Our guide uses the phrase Travel With Impact many times during the walking tour.

What you see here is a – illegal until quite recently – local pub, a so called shebeen. The pub has an earthen floor, you balance on a wobbly chair in the semi-darkness and drink an indescripable brew out of a bucket which, by the way, is passed around among all the customers so that everyone gets a sip. And yes, even I tried it.

A smiley, a goat head, is a xhosa delicacy. It is placed on a grill so that all the hair is burnt and then it will be cooked until tender. By then, it looks like the goat is smiling – hence the name.

I suppose these heads are waiting to be prepared.

There are big differences between the rich and the poor even in a township; only a few blocks away from the Beverly Hills of Langa you will find yourself among sheds made of tin plates, pieces of wood or cloth, and without running water.

During the last few years the government has started to invest in the infrastructure of the townships. The increased tourism is seen as something positive as well as a contributing factor to the city’s recovery.

Happy Feet Youth Project is known for the special dance called Gumboot Dancing – the children are dancing in their wellington boots while smacking on them.

After the tour we had a lunch at a local restaurant. I don’t eat meat so I was served mieliepap, a kind of porridge made of cornmeal. (Might not have been the most delicious meal ever, though. Just saying.)

Driving around the Cape Peninsula

Have lunch in Simon’s Town, you have more options there.

There is a large population of African penguins at the Boulders Beach. You have to pay to enter but, on the other hand, it is one of the best beaches close to Cape Town, great for swimming and the water is a lot warmer than on the Atlantic coast.

You can socialise with the penguins if you get bored of sun bathing, even though they mostly keep for themselves among the big stone blocks.

The African penguin is very small; it grows up to 70 cm tall and weighs c. 3 kilos. There are approximately 3 000 penguings living on Boulders Beach.

You will see a lot of baboons down the road after Tokai Forest.

Keep the windows closed and the doors locked! The baboons are really good at opening doors in search for food. There are so many youtube clips online where baboons have been stealing pizza boxes and wallets from startled tourists.

The Portuguese explorer Bartolomeu Dias named the Cape “Cape of Storms” when he sailed pass the Cape of Good Hope in 1488.

The lighthouse was built in 1859 and stands at 238 meters altitude on top of the cape.

We stayed a night in McGregor on our way to our safari destination. McGregor is a cozy small town c. 150 km from Cape Town.

The phantastic B&B Oblivion we stayed in is owned by the art lover and globetrotter Siegfried. The house is full of charming details and fab furniture he has been shipping home from different parts of the globe.

A funny story: We checked in as usual but Siegfried didn’t give us any keys – when he saw the big question mark on my face he explained that in McGregor nobody locks the door…!

If you tell Siegfried in advance he will cook for you and while you are having the most delicious fish on the terrace he will be sitting by the piano and play classical music for you.

While in McGregor, don’t miss the Millstone Pottery which has beautiful pottery. We bought two gorgeous plates.

Thanks for the treat, South Africa!

Read about our stay in Sanbona reserve (did we see all the Big Five? And more.) here.

This site uses Akismet to reduce spam. Learn how your comment data is processed.